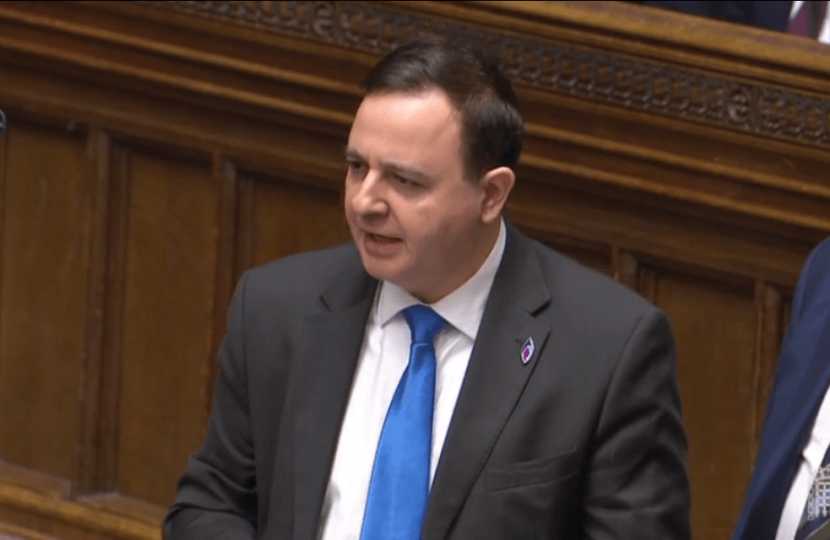 Alberto Costa, MP for South Leicestershire, has raised the success of Red Hill Field Primary School in the House of Commons with the Schools Minister, The Rt. Hon Nick Gibb MP, ahead of the Primary’s 35th anniversary celebrations this Friday.

Alberto highlighted the Narborough school’s Head Teacher, staff and pupils as well as their positive impact on the local community over the past 35 years. He also mentioned the school’s landmark anniversary party at which he will be unveiling Red Hill Field Primary’s new logo and rebranded design.

Speaking during Education Questions in the House of Commons on Monday afternoon, Alberto said, “Red Hill Field Primary School is celebrating it’s 35-year anniversary this Friday. What message does the Minister have for that excellent school, for Mr [Steve] Snelson, the Head Teacher, and for all staff on their excellent work over 35 years”.

Responding, the Minister of State for School Standards, The Rt. Hon Nick Gibb MP said, “I congratulate Mr Snelson, the Head of Red Hill Field Primary School and I pay tribute to him and all his staff for the excellent education they are providing to pupils”.

Alberto later added, “I was delighted to highlight the truly excellent work of Mr Snelson, his staff and his pupils at Red Hill Field Primary ahead of their 35th anniversary celebrations later this week. Red Hill Field is a prime example of a brilliant, community-centred village Primary, it has been a huge part of the community in Narborough and Mr Snelson and his team deserve special recognition. I very much look forward to unveiling the School’s new logo and re-branded design on Friday and look forward to celebrating the achievements of one of the county’s very best schools”.

Picture above shows Alberto speaking in the House of Commons Chamber.