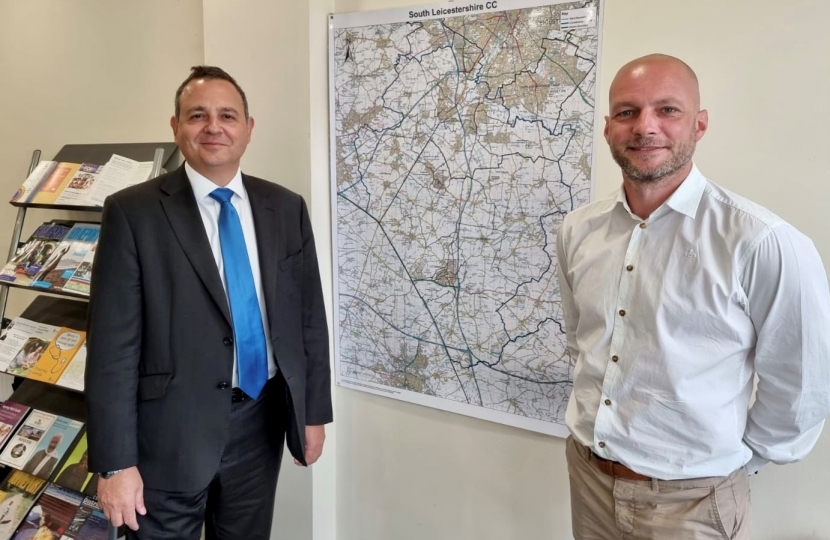 Alberto met with Inspector Jim Purdie, who was appointed as NPA Commander in June earlier this year, at his Constituency Office in Blaby.

The MP raised the recent break-ins of two shops in Lutterworth and the recent tragic incident of a man dying in Broughton Astley after being hit by his own car.

Alberto said, “It was a pleasure to welcome Inspector Purdie to his new role as Police Area Commander for Lutterworth and the surrounding villages. This was a very useful meeting to discuss local crime priorities such as anti-social behaviour in South Leicestershire, as well as the recent break-ins at two shops in Lutterworth and of course, the deeply tragic incident of a man being killed in Broughton Astley recently.

Alberto added, “Jim was most receptive to the concerns of my constituents, and I know that Lutterworth and Harborough Police will continue their fantastic work in ensuring that South Leicestershire remains a safe and pleasant place to live and work, and I very much look forward to working closely with the new Force Commander and his excellent team moving forward”.