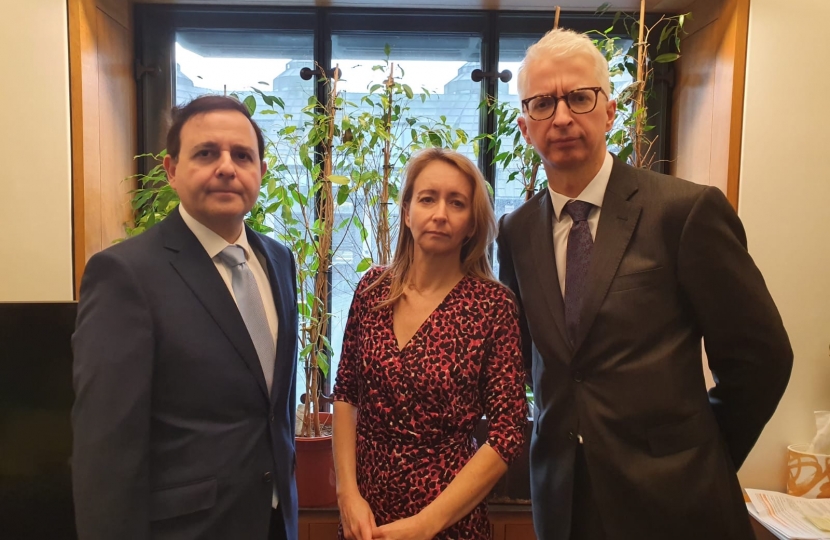 Member of Parliament for South Leicestershire, Alberto Costa, has expressed his disappointment at the announcement from Lloyds Bank to close their Blaby branch on the 11th May. The decision to close was decided due to a decline in the number of customers visiting the branch.

During the meeting, it was discussed that the Post Office in Blaby is able to provide constituents who bank with Lloyds all the services that are currently offered at the Lloyds Branch. Alberto was also told that the Branch Manager has been in frequent contact with the Post Master in Blaby to ensure that customers are updated on this information.

Alberto said “I am deeply disappointed to hear that Lloyds have decided to close their branch in Blaby. I understand that this will affect many of my constituents who regularly use the services provided by the Blaby branch. However, I was informed in the meeting that existing Lloyds customers who use the branch will receive support on how to use the services offered at the Post Office.”

Alberto has also requested to have a further meeting to discuss what support small businesses that bank with the Blaby branch can receive prior to it’s closure in May. Furthermore, Alberto will be working hard to ensure that the Lutterworth branch remains open for constituents who bank with Lloyds.

Alberto added “I have had reassurances from Lloyds Bank that their Lutterworth branch will remain open for the foreseeable future. I have also asked Lloyds to look into why there is no ATM present at the Lutterworth branch, as this would greatly benefit my constituents.”