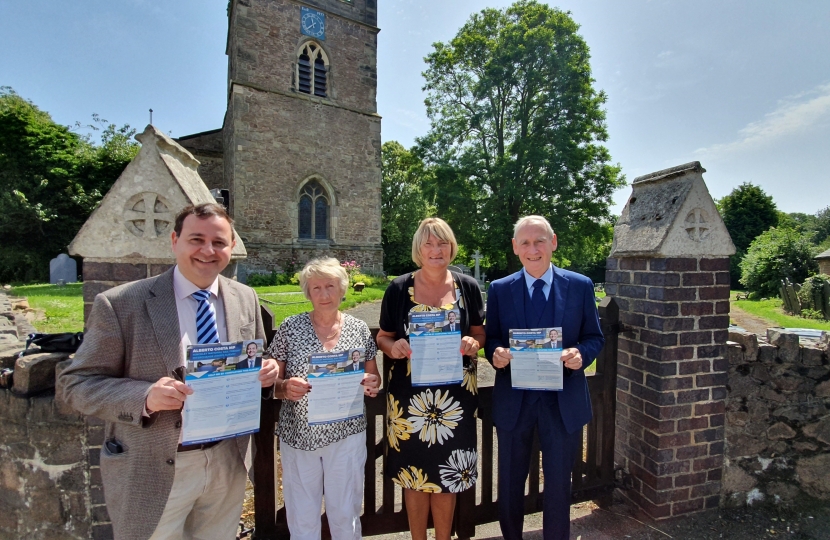 This weekend, South Leicestershire MP Alberto Costa will be sending out a survey to over 11,000 of his constituents in the ‘Fosse Villages’ asking for their views on the proposals for the Hinckley National Rail Freight Interchange (HNRFI) planned to be built to the south of the village of Elmesthorpe.

The plans, proposed by developer DB Symmetry, would cover a site of almost 500 acres including a rail freight terminal and a 1.5 million square foot warehouse.

Alberto, who has been working alongside District Councillors in the Fosse Villages area, will send over 11,000 surveys to residents in the villages of Elmesthorpe, Stoney Stanton, Sapcote, Sharnford, Huncote, Croft, Aston Flamville, Pottters Marston, Wigston Parva and Thurlaston. All constituents on the electoral roll in these villages will receive a copy of the survey – the completed surveys should then be posted into one of the ‘MP Survey Return Boxes’ set up across the area.

Alberto said, “The proposals for the Hinckley National Rail Freight Interchange are, if given the go ahead, likely to have a hugely significant impact on the neighbouring villages, hence why I am issuing this survey to seek my constituent’s views on these plans. While the development has long been a matter of concern to some residents, I have further concerns that these proposals have not been as well publicised as they perhaps could have been, so the survey will also be asking constituents if they’re aware of the plans in question and what their views on this are. It’s absolutely imperative that residents have all the information they need regarding a development of this size and scale”.

Chairman of Blaby District and District Councillor for Stanton & Flamville, Iain Hewson added, “It's very important that we hear the views of local residents on this matter. At the moment, people are very worried about the level of transport that could come into the site, and the capacity of local roads to deal with vehicles if the plans were to be approved. As councillors we always work very closely with Alberto and his team, and it’s important that constituents take the time to complete this survey and let our MP know about the issues that really matter to them in the villages near the development”.

Alberto concluded, “I am very grateful to the local District Councillors of the Fosse Villages in helping to prepare this survey and to the Parish Councils for their cooperation. Clearly this is an issue of concern to residents, and understandably so, the burden on local infrastructure could be huge unless proper considerations are made, and so this is an opportunity for constituents to have their voices heard and to try shape these plans for the better if they are indeed given the go ahead by the relevant Secretary of State”.

The window to return completed surveys will be Thursday 1st August

MP for South Leicestershire, Alberto Costa, is to hold a debate tomorrow in the Houses of Parliament to discuss the ‘effectiveness and transparency of the Parole Board in maintaining public safety’ ahead of the upcoming parole hearing for convicted child-killer Colin Pitchfork.