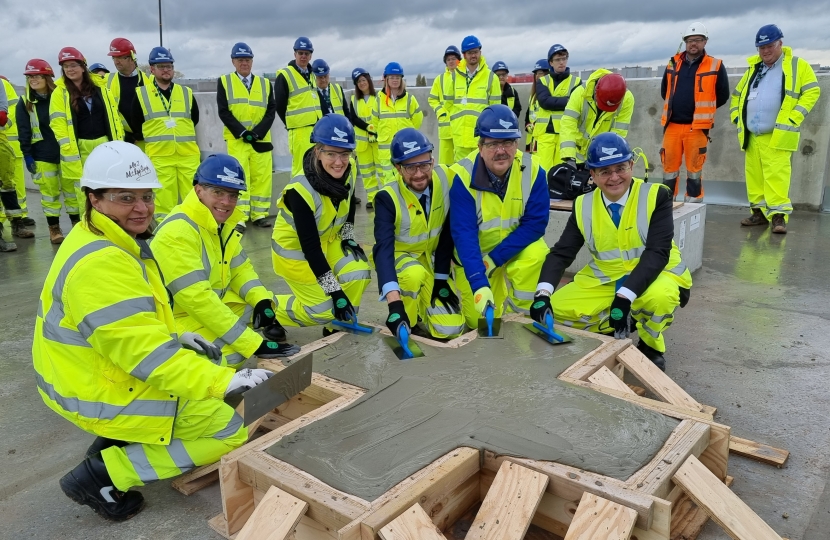 South Leicestershire MP, Alberto Costa, is encouraging local residents to get involved in finding a name for the new Glen Parva prison – with the facility due to open next year, the Ministry of Justice are asking the community to send in their suggestions that ‘embrace the history and culture of the area’.

Alberto previously visited the new 1,700 inmate prison site in November last year alongside Lord Chancellor and Secretary of State for Justice, The Rt. Hon Dominic Raab MP, for the jail’s formal topping out ceremony as the construction nears its completion.

The new £286 million facility is part of the Government’s Prison Building Programme to create 18,000 additional prison places with over 100 employees on site and thousands of jobs being supported in the construction industry – the new facility will also employ 600 people when open in 2023.

Alberto added, “Glen Parva has an immensely proud history, not least as the historical home of the prestigious Royal Leicestershire Regiment, but it also accommodates a lengthy portion of the historical Grand Union Canal as well as the River Sence and Soar, all of which may provide some inspiration for constituents in suggesting a name for the new prison. Those interested in taking part can send their entries to glenparvaenquiries@justice.gov.uk with the deadline on Friday 21 January 2022”.

Alberto is pictured above with Lord Chancellor and Secretary of State for Justice, The Rt. Hon Dominic Raab MP, and Ministry of Justice staff at the new prison’s topping out ceremony in November 2021.

South Leicestershire MP, Alberto Costa and Bosworth MP, Dr Luke Evans, are encouraging their constituents to respond to the formal consultation opened by developers Tritax Symmetry for the Hinckley National Rail Freight Interchange (HNRFI) proposed for the south of the village of Elmesthorpe.