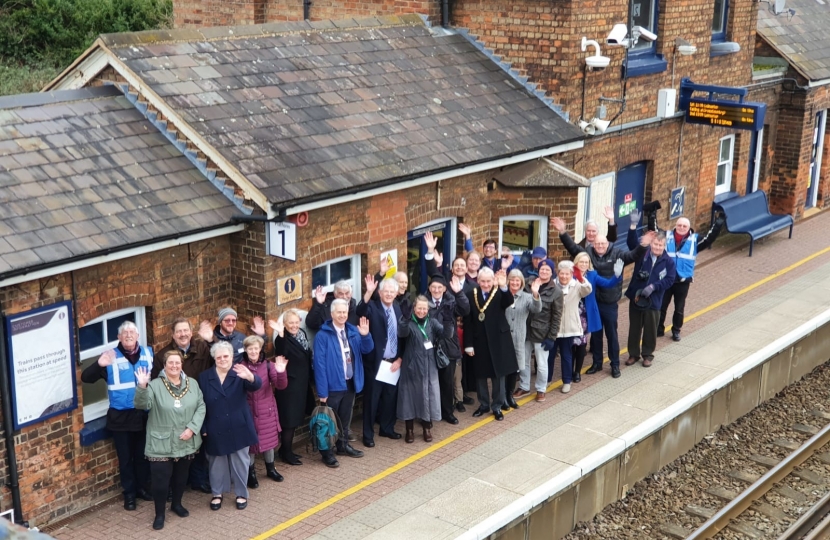 Narborough Railway Station, which was officially opened in 1864, was initially closed by British Railway under the Beeching cuts in 1968, however thanks to intervention and funding from Narborough Parish Council the station was re-opened again in January 1970.

Alberto said, "Narborough Railway Station, as the only working station in South Leicestershire, is a huge asset to the constituency and the local region. This small station sees almost 400,000 people through its gates every year, which underlines the tremendous historical importance of re-opening the station following its closure. The celebration today is a testament to the fantastic community spirit which kept the station open and continues to see it running efficiently with the assistance of the brilliant Blaby District Council and the fantastic volunteers of the Friends of Narborough Station".

Alberto is pictured with attendees at the station during the celebrations today.