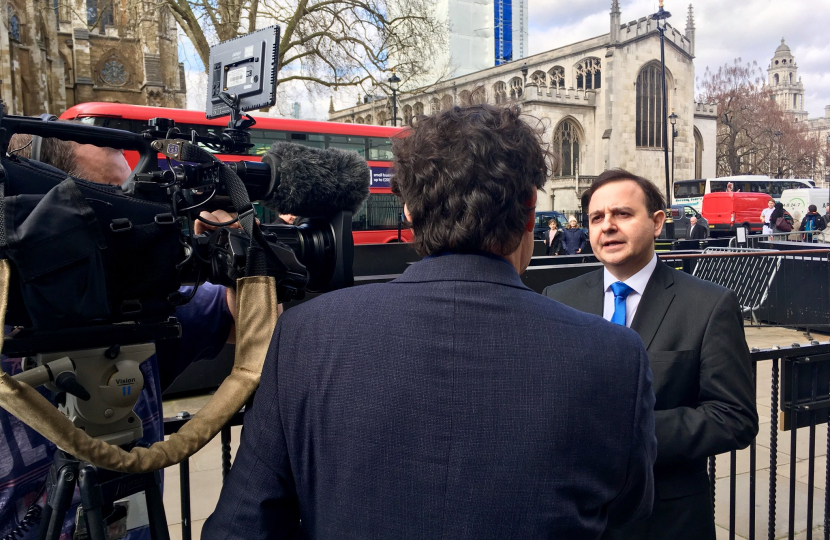 With the appeal due to be heard at a public hearing next week (Tuesday 9th August), Mr Costa has written to the Planning Inspectorate to defend the decision made by Harborough District Council’s Planning Committee, who refused the application in July last year for which over 200 objections were received.

The MP has said that a number of constituents have contacted his office over the past few weeks with their concerns about the possible expansion of the site at Mere Lane near Bitteswell.

Alberto said, “I know a lot of my constituents were hugely relieved when Harborough District Council rightly refused the application for extra caravan pitches at the traveller site on Mere Lane last year. Many local residents have considerable concerns over the anti-social behaviour and other associated activities from those residing at the site, and I entirely share these concerns too. Harborough District Council’s democratically elected Planning Committee rightly refused this application last year, and therefore I do hope that the Planning Inspectorate take full account of these concerns and the District Council’s sound reasoning for refusal”.

Alberto concluded, “Harborough District Council’s Local Plan is quite clear that they have satisfied their requirements as far as the provision for suitable traveller accommodation is concerned, and I have reiterated this in my letter to the Planning Inspectorate and therefore I do hope they give this due consideration and uphold the decision rightly made by the District Council’s Planning Committee”.

MP for South Leicestershire, Alberto Costa, has visited the historic Grand Union Canal near Glen Parva and Everards Meadows to see the recent repairs carried out by the Canal & River Trust at Blue Banks Lock.