National security: Why I will be voting in support of Trident renewal, by Alberto Costa 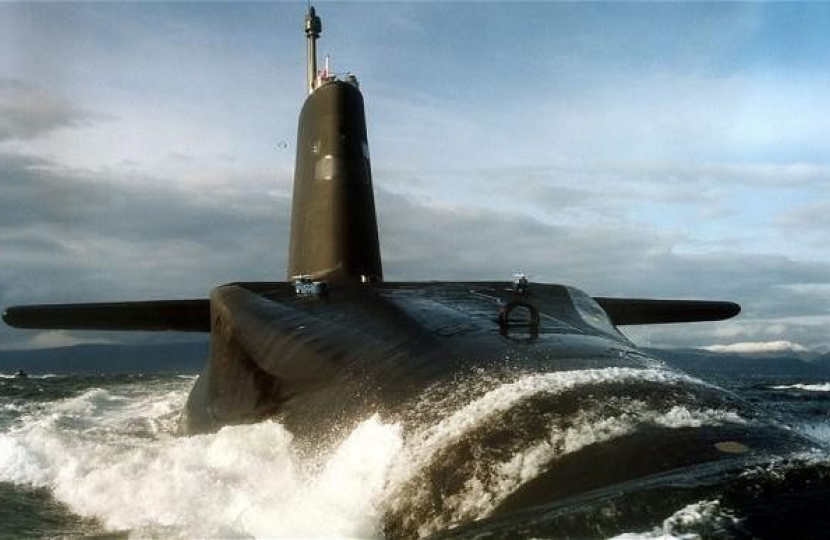 It has long been the case that on matters as important as national security, the opposition and government have worked together to ensure a defence system capable of protecting our nation from major international threats. In a time of heightened global uncertainty and potential threats, it is essential that all political parties work together to develop and maintain a defence system that is fit to face the threats that may harm our United Kingdom.

However, we are now entering a period of uncertainty in which the opposition can no longer guarantee their support on this matter, due to the views of their newly elected leader. Jeremy Corbyn has long held and vocalised his belief that the UK should decommission its nuclear deterrent, Trident. Worryingly for both the wider public and apparently many Labour MPs, Jeremy Corbyn is keen to impose this opinion on his party, as seen by his recent reshuffle in which he replaced his pro-Trident Shadow Defence Minister with another colleague sharing similar views to his own.

The reason for concern lies in the fact that a decision is needed this year, regarding Trident's renewal. A review in 2013 highlighted that alternative independent nuclear deterrent options were less capable, less credible and more expensive. A real danger exists that by proceeding with alternative options, we as a nation are not fully equipped to deal with future threats we may face; something which causes me great concern as well as those within my constituency.