In the House - Quiet resilience is key to EU negotiations 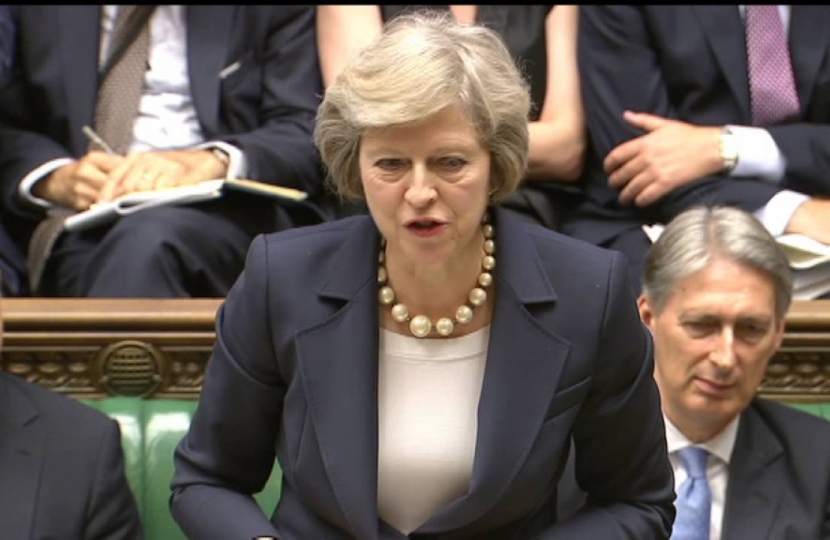 In these times of fraught negotiations, confidence votes and backstop discussions, I found myself thinking about the old idiom that ‘cooler heads will prevail’. I entirely understand and appreciate the discourse on both sides of the Brexit debate, and as someone who was so involved in the Scottish Independence debate in 2014, I am certainly not a stranger to the often polarising effects of referenda.

While the discussions continue in Westminster, I have been most encouraged by the performance of our Prime Minister in these past frenetic weeks. Irrespective of your view on Brexit, I think a large number of Mercury readers would agree that Theresa May has shown an outstanding degree of resilience, fortitude and stature. To continue to face down the European Union in tense negotiations and to face a No Confidence Vote from her own party, and withstand to remain the Conservative Party’s leader and our nation’s Prime Minister demonstrates a strength of character rarely seen in modern times.

The Prime Minister’s deal, which I appreciate will not satisfy everyone, must be viewed in the context of which it was struck. The realities of the Parliamentary arithmetic in Westminster have become abundantly clear in these last few weeks; the Conservatives have a minority Government, and irrespective of the deal or lack of a deal with the European Union, any leader of any party would have considerable difficulties in navigating their vision through the House of Commons.

The Prime Minister’s steadfastness with the Government’s deal with the European Union, and her commitment to compromise, I hope, will be seen as clear evidence as her acting in the nation’s interest; to respect the result of the referendum and to ensure that our nation leaves the Customs Union, but while also continuing our close relationship with our Western European allies.

The referendum result was clear and this must be respected, and I, like the Prime Minister, believe that there should be no second referendum. My constituency voted to leave the European Union in 2016, and I will do my upmost to see this through, however, I also believe in maintaining a strong relationship with our European allies. And while I return to ‘cooler heads’ prevailing, I think of our Prime Minister leading our nation forward with a quiet fortitude and resilience that will allow us to exit the European Union in a smooth and orderly manner. In the meantime, may I wish Leicester Mercury readers a very peaceful and calm Christmas.

This article was originally published in the Leicester Mercury on Friday 21st December, as part of the 'In the House' series.