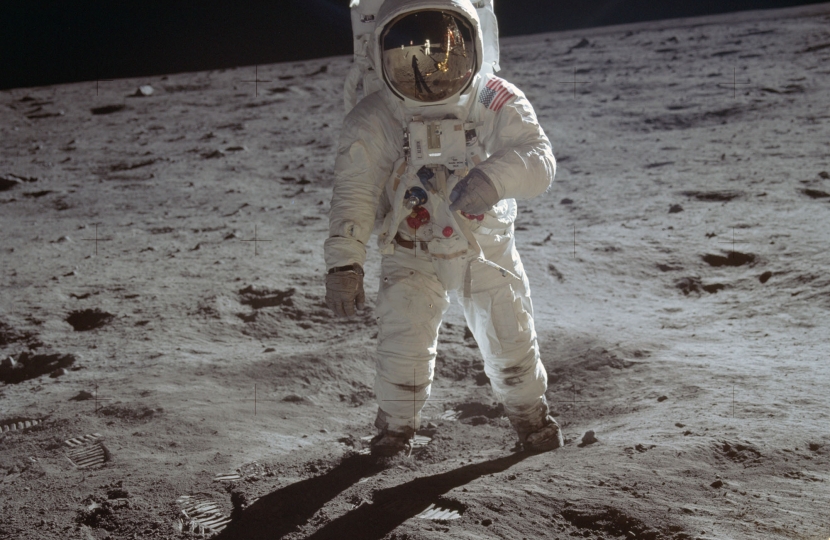 This weekend, we will see the 50th Anniversary of the Moon Landings, a culmination of the space race between the USSR and the USA that saw mankind take the very first steps on the moon; inspiring future generations to think beyond the horizon.

Ever since those immortal words were spoken by Neil Armstrong “One Small step for man, One Giant Leap for Mankind” the development of technology and innovation has been remarkable compared to that envisaged by scientists in the 1960s.

I am immensely proud that some of that innovation has been developed right here in Leicestershire. In 2003, the University of Leicester was part of a team of scientists, led by the late Professor Colin Pillinger, who developed the landmark Beagle 2 Mars lander, and while that mission was ultimately unsuccessful in landing on the Red Planet, it showed that innovative spirit at the British core of the European Space Agency.

Further, I am also delighted that the National Space Centre calls Leicester home; offering visitors to our part of the country a wonderful insight into the technology and innovation mastered here in Britain and realised in space. We are not, however, resting on our laurels, instead we in Britain and Leicestershire are pressing forward to the great beyond.

It was recently announced that the University of Leicester’s new Manufacturing, Engineering, Technology and Earth Observation Research Centre (METEOR) has received almost £14 million in Government funding. This very welcome funding will help the aptly-named METEOR and the University’s state of the art Space Park become a world leading research, innovation and teaching hub.

The research that will take place at the new Space Park will play a key role in Government Space Strategy to help revolutionise the industry within the UK and bring high skilled jobs to the county.  Not only will it help continue to build on the successful work that the University of Leicester already does within the space sector but will also help develop applications that will work not just within the space industry, but many others such as transport, energy and health and truly bring innovation to the wider economy.

We must use this anniversary of mankind’s triumph to remind ourselves that we can inspire another generation to become scientists or astronauts and to further innovate in a way that will revolutionise the next 50 years.

This article was originally published in the Leicester Mercury on Friday 19th July, as part of the 'In the House' series.