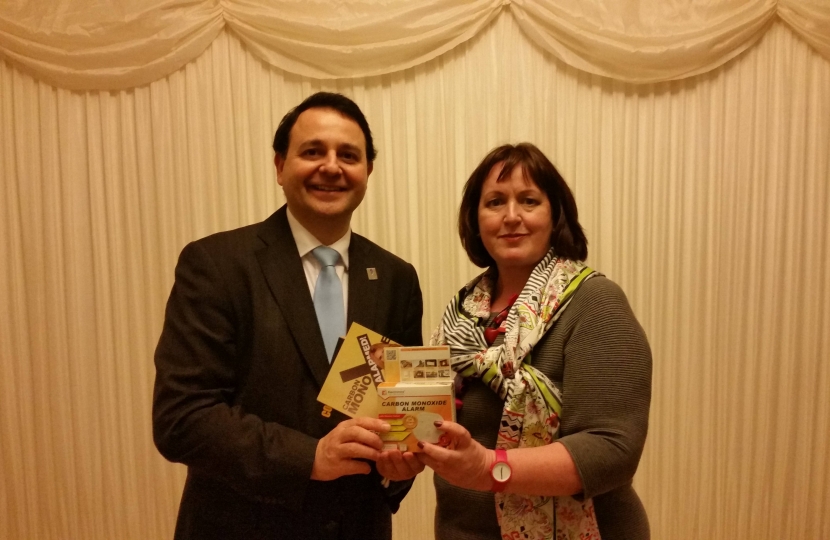 The campaign seeks to raise awareness of the importance of installing carbon monoxide alarms to reduce the number of deaths and injuries caused by carbon monoxide.

The campaign is run by Energy UK, on behalf of British Gas, EDF Energy, E.ON, npower, ScottishPower and SSE, in partnership with the Dominic Rodgers Trust.

Mr Costa said “I’d like to thank Energy UK for coming to Parliament to share this incredibly important message with us. According to the Department of Health, 50 people die a year from carbon monoxide poisoning and another 4,000 are treated in hospital.
Research has shown two thirds of people in Great Britain don’t have a carbon monoxide alarm and I would strongly encourage them to purchase one as soon as possible to ensure they are safe against the devastating effects of carbon monoxide poisoning.”

Lesley McLeod from the CO - Be Alarmed! Campaign said: "Too many people needlessly lose their lives or become seriously ill through carbon monoxide poisoning. That is why the campaign was so pleased to have the MP for South Leicestershire, Alberto Costa, with us today. We are grateful he took the time to help the campaign which highlights how installing an audible co alarm can be a simple life saver. His support is invaluable and may have helped save a life today."