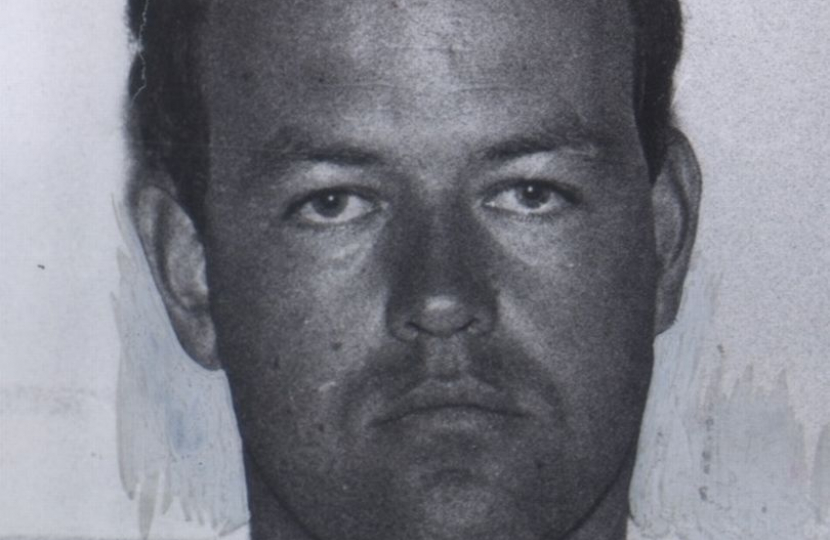 South Leicestershire MP, Alberto Costa, has welcomed new changes to parole rules that are being introduced in Parliament today following his ongoing campaign to keep the convicted child-rapist and killer Colin Pitchfork behind bars.

Alberto has been informed by the Lord Chancellor and Secretary of State for Justice, The Rt. Hon Dominic Raab MP, that new rules will be introduced in Parliament today meaning that, in the most serious cases, the Secretary of State will now be able to present a ‘single view’ to the Parole Board about whether a prisoner should be released.

As a result of the changes, psychologists and probation officers will no longer be able to recommend that a prisoner be released, instead they will present risk assessments, but the final decision will lie with the Parole Board or, in the most serious cases, the Justice Secretary.

Alberto who has long campaigned for changes to the parole system and recently asked the Prime Minister for his assistance in the Government making a submission to the Parole Board opposing Pitchfork’s release ahead of his next parole hearing which is due to take place in September.

Responding in the House of Commons, the Prime Minister thanked Alberto for his campaign, sent his condolences to the families of Lynda Mann and Dawn Ashworth and committed the Deputy Prime Minister and Justice Secretary, The Rt. Hon Dominic Raab MP, to making a submission to the Parole Board opposing Pitchfork’s release.

The MP has campaigned for many years against the release of Colin Pitchfork, who raped and murdered two teenage girls, Lynda Mann and Dawn Ashworth, in his constituency in 1983 and 1986 respectively. The MP has been highly critical of the Parole Board’s actions in directing Pitchfork for release, especially after he was recalled to prison after only a matter of weeks due to serious concerns over his behaviour.

Alberto said, “I really welcome these amendments to the Parole Board Rules which are being introduced in Parliament today; as my constituents will know, I have long called for much needed reform to the parole system to ensure that there is a proper degree of oversight and scrutiny over the decisions made by the Parole Board. I am pleased that the Justice Secretary has confirmed with me directly that the new rules about the Minister’s ‘single view’ in serious cases will apply in the upcoming hearing of Colin Pitchfork, meaning that the Justice Secretary will have the final say over his release”.

Alberto added, “The considerable outcry over the Parole Board’s decision to release Pitchfork last year, a man convicted of the brutal rape and murder of two teenage girls, was only underlined by his speedy recall to prison a matter of weeks later for breaching his licence conditions. This was clear evidence as to the need for greater oversight of the parole system, and I am pleased that the Justice Secretary has heeded my calls meaning that Ministers can now intervene in cases, such as Pitchfork’s, where those convicted of the most serious and heinous crimes still present a very real danger to the public”.