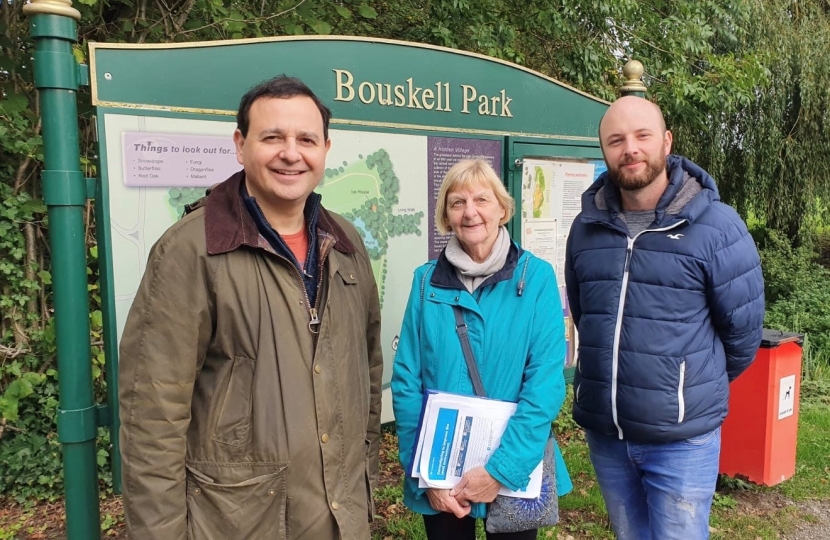 South Leicestershire MP Alberto Costa has welcomed the decision by Blaby District Council to refuse an application submitted for a new gypsy site off Sycamore Street in Blaby.

Newly revised plans were resubmitted in February earlier this year after a previous application was withdrawn in late 2019. The new proposal sought permission to build two residential gypsy pitches alongside room for mobile homes, touring caravans and a utility block.

The application however received widespread opposition from residents in Blaby with the local District Council receiving hundreds of objections. Concerns were raised about the proposed site’s placement within the village’s Conservation Area, its proximity to Bouskell Park and its impact on local wildlife, all of which were listed as reasons for refusal in Blaby District Council’s decision.

Alberto said, “Blaby District Council’s decision to refuse this application is hugely welcome and a real community win for local people who I know have been deeply opposed to these plans ever since they were announced. My office has received a huge amount of correspondence from my constituents with very strongly held, but understandable, concerns about this application. The site’s proposed placement within the village’s Conservation Area and its proximity to the lovely Bouskell Park were never going to be workable for the village residents and I am really delighted that local voices have been heard loud and clear on this matter.

I would like to sincerely thank all those constituents who took their time to engage in the planning process, and of course, to state my thanks for the brilliant professionalism, as ever, of the Blaby District Council Planning Team who listened to local concerns and gave this application the proper scrutiny it warranted”.

Alberto is pictured above during a previous visit to Bouskell Park in Blaby.