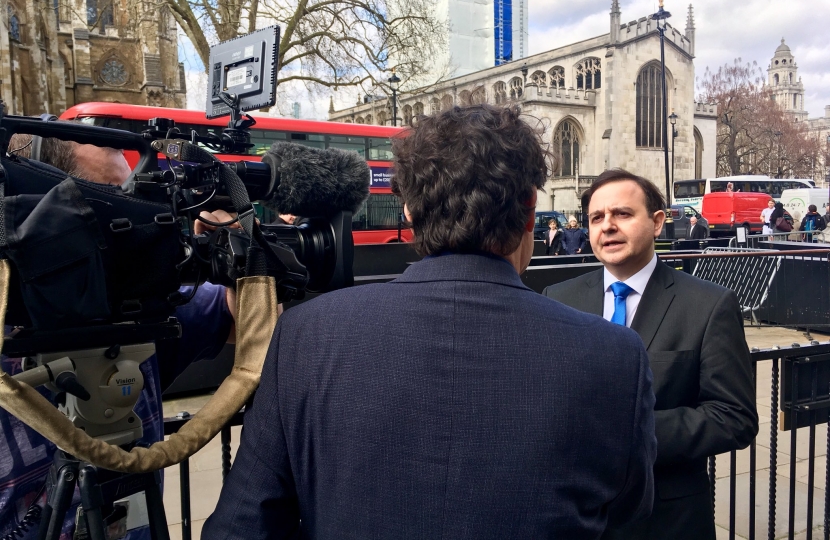 Alberto Costa, MP for South Leicestershire, has voiced his concern over plans to expand the traveller site located at Mere Lane in Bitteswell, near Lutterworth.

The application, recently submitted, asks for permission to change an existing traveller pitch and stables into five additional traveller pitches at the Mere Lane Traveller Site in Bitteswell.

Following a high number of constituents contacting his office, Alberto has today written to Harborough District Council to reiterate the concerns of his constituents and outline his own objections under the District Council’s Local Plan which states that their provision for gypsy/traveller sites has already been fulfilled.

Alberto said, “My office has received a very high volume of correspondence over the last few weeks with constituents deeply concerned as to the proposals in question here to expand the traveller site at Mere Lane. The site has long been a source of considerable consternation for many residents living in nearby Bitteswell and Lutterworth, and as such, I have today written to Harborough District Council to make clear my own views on these plans and those of my constituents”.

Alberto added, “I sincerely hope Harborough District Council recognise the level of concern and anxiety many residents have in relation to these plans; and as such, I do hope proper consideration will be given to the views of my constituents. I have every faith that the District Council will provide this application with the scrutiny it deserves and arrive at the proper decision in this case”.

Alberto is pictured above speaking outside the Houses of Parliament.