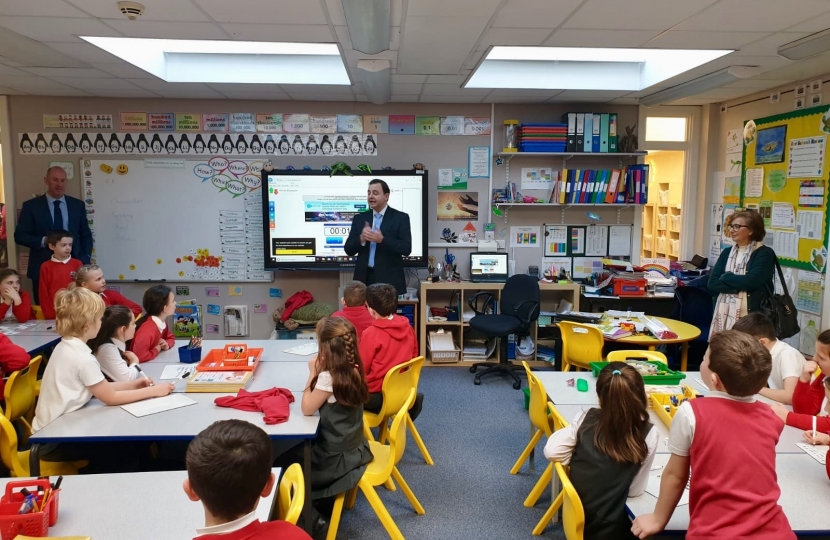 Member of Parliament for South Leicestershire, Alberto Costa, has written to the Chief Executive of the Diocese of Leicester Academies Trust (DLAT) in order to organise an urgent meeting over proposed changes for the leadership of Swinford CofE Primary School.

Alberto is seeking to intervene in this case, following upset from a number of parents and carers of pupils at Swinford Primary in response to proposals to create a new Executive Head role between Swinford Primary School and South Kilworth Primary School that may result in redundancies for senior staff, including the Head Teacher Edy O’Connor.

Alberto said, “Over the past week I’ve been contacted by a quite considerable number of concerned constituents regarding the Academies Trust’s plans for Swinford Primary, hence why I am seeking to intervene on behalf of parents and carers in order to try and find a suitable resolution for all concerned. I have written to the Chief Executive of DLAT to organise a meeting at the earliest opportunity”.

Alberto added, “I had the pleasure of visiting Swinford Primary School just a few weeks ago, and I entirely understand why Mr O’Connor is held in such high regard; he’s an excellent Head Teacher running a brilliant school. Of course matters of employment are for the employer and employee, so I am not seeking to directly intervene in that sense, I am more concerned about a lack of suitable consultation and communication with parents and carers over these proposed changes. I entirely appreciate and understand the concerns raised by constituents, as these are the people whose children are attending this school, and it’s only right that they are properly consulted, and listened to, before any changes are carried out”.

Picture above shows Alberto speaking to Swinford CofE Primary School pupils during his visit to the school a few weeks ago.