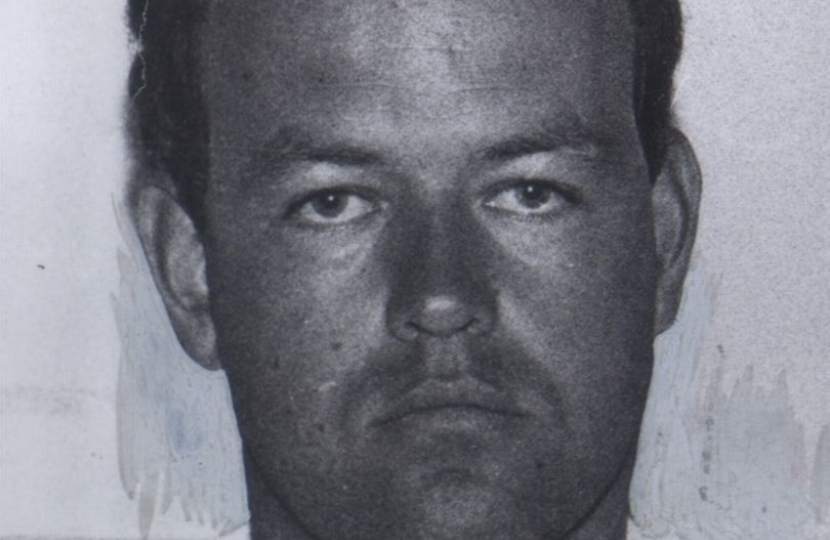 South Leicestershire MP, Alberto Costa, has urgently met with the Chief Executive of the Parole Board for England and Wales to discuss the upcoming parole hearing for convicted child-killer Colin Pitchfork, which is due to take place on Monday (22nd March).

Alberto organised the meeting with Martin Jones, the Parole Board’s CEO, to discuss Pitchfork’s case, his licence conditions if he was to be released, and to reiterate the serious concerns of his South Leicestershire constituents where the crimes were committed in the villages of Narborough and Enderby over 30 years ago

Pitchfork’s case was most recently refused by the Parole Board in 2018 and since then he has been staying in an open prison. His latest parole hearing was due to take place in November last year but was then postponed, it has since been rescheduled for this Monday (22nd March) with the Parole Board’s decision due to be made public early next month.

Alberto recently raised Pitchfork’s case and the wider decision-making process of the Parole Board in maintaining public safety in a Parliamentary debate in the House of Commons in November last year.

Alberto said, “I was pleased to meet with the Chief Executive of the Parole Board again in order to reiterate the grave concerns my constituents have over the possibility of Colin Pitchfork’s release. While these crimes took place over 30 years ago, the heinous and abhorrent nature of Lynda and Dawn’s tragic murders continue to live long in the memory of residents in South Leicestershire, and many are still deeply worried about the prospect of Pitchfork ever being released back into normal society”.

Alberto added, “As my constituents and those following this case will know, I have consistently raised my concerns over Pitchfork’s possible release in the House of Commons, with successive Justice Ministers and with Martin on several occasions. The Parole Board have a tremendously difficult decision to make here, especially in light of the recent circumstances and the discussions that are rightfully taking place with regard to violent acts committed against women.

Questions must surely be raised as to how an individual such as Pitchfork can ever be released, and as such, the Parole Board decision’s will of course be heavily scrutinised as they are ultimately responsible for deciding if such an offender is at a reducing risk and for ensuring that the safety of the public is not compromised in any way. I will of course continue to follow developments very closely in the coming weeks and will not rule out taking further action in Parliament should this matter warrant it on behalf of my constituents”.