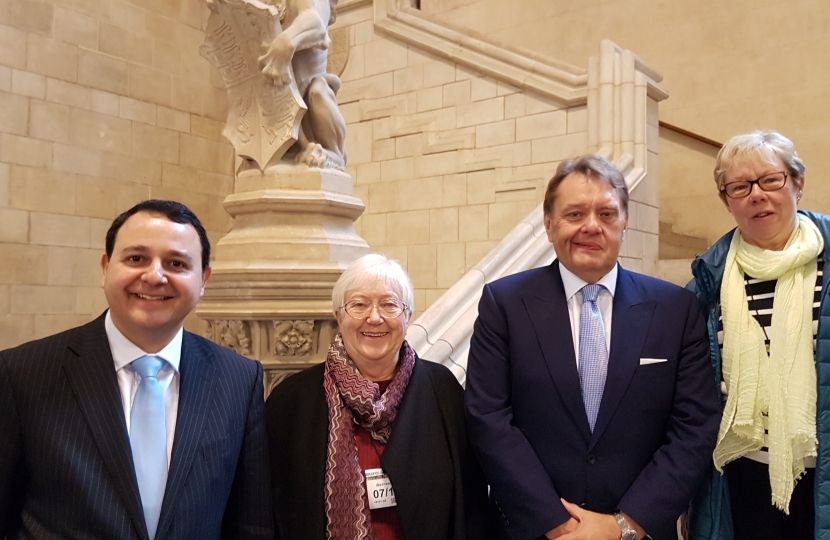 Alberto Costa, Member of Parliament for South Leicestershire, secured a debate in Parliament on Wednesday 7th December to discuss transport infrastructure considerations for large logistics parks, such as Magna Park in his constituency. The debate was also attended by constituents Shiela Carlton and Maggie Pankhurst of the ‘Magna Park is Big Enough’ group.

Mr Costa highlighted a number of issues and considerations associated with the location for such parks. The Minister of State, Rt Hon John Hayes MP, provided an official response on behalf of the Department for Transport, and committed to looking at this matter further both within his own Department and jointly with the Department for Communities and Local Government to see what more could be done.

Mr Costa said, “It was important to have this debate in Parliament, to highlight these concerns at the highest levels of government. I have been contacted by a number of constituents who will be affected by the planned expansion at Magna Park, so I was pleased to be able to raise concerns on their behalf directly with the government.”

Shiela Carlton said, “We are delighted that our local MP has raised the question of the Magna Park development in Parliament. The Minister for Transport gave a sympathetic response and we are confident that the points we raised will be followed up.”

Mr Costa concluded, “It is imperative that the government develops a proper national policy about the location of these huge logistics parks. It must take into account the needs of the local community, as well as the needs of the nation. I am grateful to the Minister for his positive response to this request.”