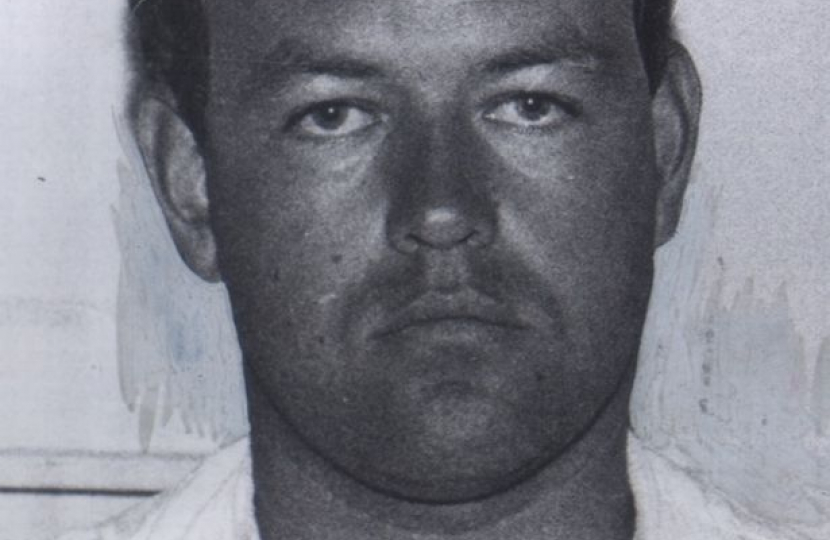 South Leicestershire MP, Alberto Costa, raised the case of the convicted child rapist and killer Colin Pitchfork with the Prime Minister at Prime Minister’s Questions today, asking for the Government’s intervention to keep Pitchfork behind bars.

Pitchfork, who was sentenced to life imprisonment in 1988, was previously released by the Parole Board in September last year before being recalled to prison two months later for breaching his licence conditions and will have his next parole hearing in September later this year.

Responding in the House of Commons, the Prime Minister thanked Alberto for his campaign, sent his condolences to the families of Lynda and Dawn and committed the Deputy Prime Minister and Justice Secretary, The Rt. Hon Dominic Raab MP, to making a submission to the Parole Board opposing Pitchfork’s release.

Alberto has long campaigned against the release of Colin Pitchfork, who raped and murdered two teenage girls, Lynda Mann and Dawn Ashworth, in his constituency in 1983 and 1986 respectively. The MP has been highly critical of the Parole Board’s actions in directing Pitchfork for release, especially after he was recalled to prison after only a matter of weeks due to serious concerns over his behaviour.

Alberto added, ‘As my constituents will know, I entirely share their serious concerns over the real danger that Pitchfork continues to present; this was clearly evidenced by his speedy recall to prison following his brief period of release last year. I would like to reassure my constituents that I will continue doing all I can between now and September to oppose Pitchfork’s release in order to ensure that this dangerous and heinous criminal stays behind bars where he belongs”.