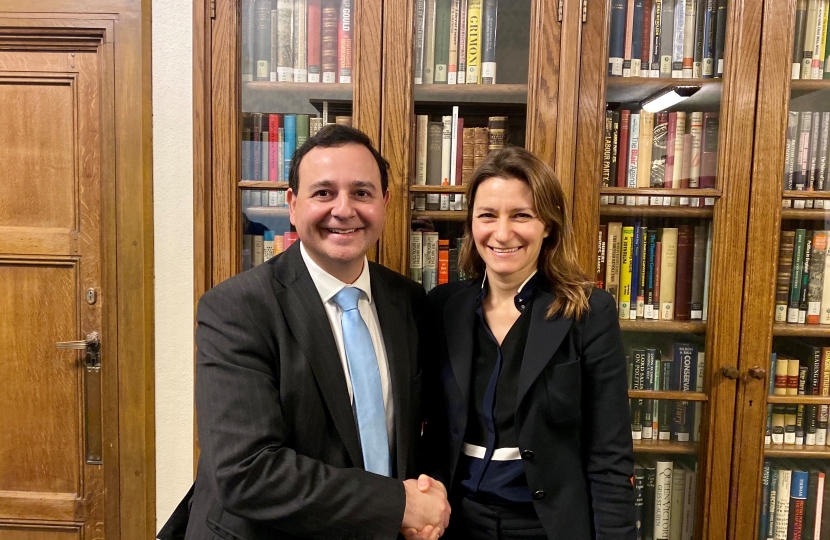 The new state of the art prison, one of two due to be built alongside a new development in Wellingborough, is still on track for its planned construction which will begin next summer. The prison is due to be complete by summer 2023 with the first prisoner being received in the new prison by the end of that year.

Alberto said, “This was a very productive meeting and I am delighted to hear that the construction of the prison is still on track for completion by summer 2023. I was pleased to receive the Minister’s assurance that the currents plans, which were significantly altered in line with constituent’s concerns, will not change. A lot of residents in Glen Parva expressed concern about the new prison plans, but the Ministry of Justice and Blaby District Council have consistently listened and acted upon these concerns”.

Alberto added, “I reiterated again the huge importance of ensuring the use of local suppliers in both the construction and subsequent operation of the prison; this development will bring a huge number of jobs to the local area and its important that local people and tradespeople are prioritised in this process. Further, I asked the Minister about the provision of a space being made available within the prison for the use of the local community in Glen Parva and Blaby – this would be provide an excellent opportunity for the prison to give something back to the community and I will continue to press this forward at every available opportunity”.