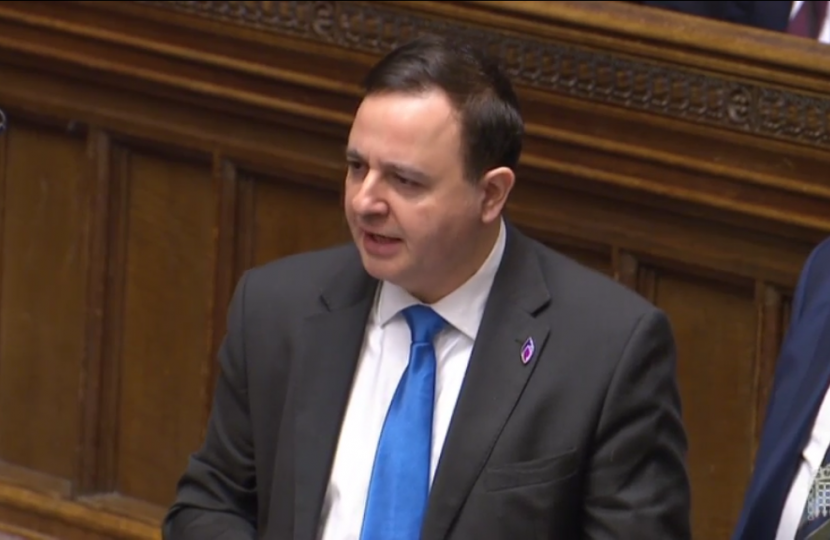 South Leicestershire MP, Alberto Costa, has expressed his concern at proposals for a new eight million tonne sand and gravel quarry planned to be excavated in the village of Misterton near Lutterworth.

The applicant, Tarmac, has submitted an initial scoping report to Leicestershire County Council as part of early plans for a new 284-acre site close to Junction 20 of the M1 motorway. The site will operate as a replacement for Shawell Quarry, which is due to close in the next two or three years.

The quarry proposals, which are still in their early stages, would see fields alongside the A4304 opposite the small village of Misterton excavated for sand and gravel extraction that could last up to 20 years.

Alberto, who has seen the proposed plans for the site, has been liaising closely with Harborough District Councillor for the Misterton Ward, Cllr Jonathan Bateman, in examining the plans, with both representatives expressing their concerns over the application due to their size and scale, and the number of vehicle movements suggested, which could see almost 75,000 HGV movements per year to the site should the plans be approved.

Alberto said, “The plans for a new sand and gravel quarry near the village of Misterton are indeed in their very early stages at present, however I am quite concerned as to what have I seen so far, especially given the sheer size of the proposals which would decimate existing green land and would significantly add a huge number of HGVs to what is already a congested local road network.

“Clearly it is important for local people in and around Misterton, Lutterworth and Walcote to have their say on these plans, and I have received assurances from Tarmac that they will be consulting widely very soon. Similarly, I will soon be convening a meeting of local councillors and stakeholders to gauge my constituent’s opinions, and we will then set a plan to explore how we interact with this application moving forward”.

Harborough District Councillor for the Misterton Ward, Jonathan Bateman, added, “I fully agree with Alberto’s concerns over these plans, particularly in regard to the loss of green space and natural habitat together with a massive increase in vehicle movements locally. Whilst we accept that the final decision in this case will lie with Leicestershire County Council, both myself and Alberto will continue working closely with local residents and Parish Councils to ensure that their voices are heard loud and clear”.