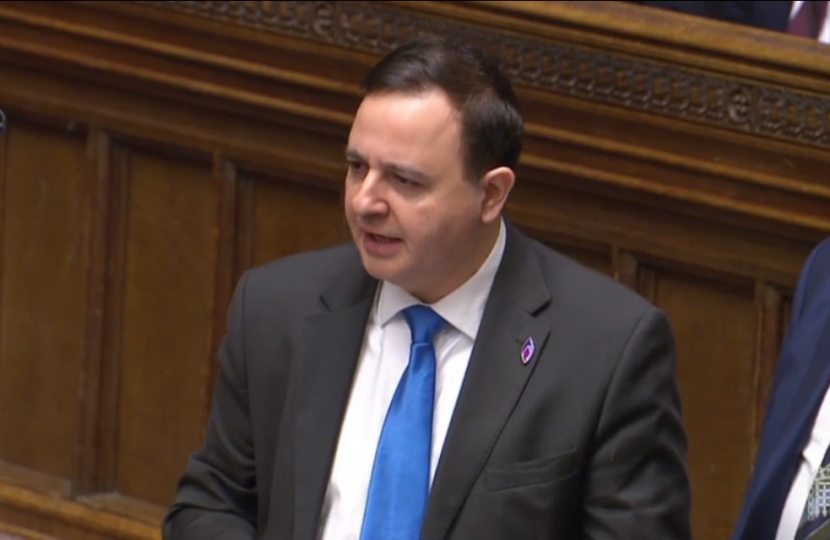 MP for South Leicestershire, Alberto Costa, has expressed his ‘disappointment’ following the decision by the Secretary of State for Housing, Communities and Local Government to refuse his request to formally call-in the plans for the 3,000 home Lutterworth East development.

The MP has also called on Leicestershire County Council to ‘honour their promises’ by ensuring the development’s proposed spine road is fit for purpose, and to review the plans for the placement of houses near electricity pylons and to convert the planned logistics area into a space for local, light industrial businesses.

In October last year, the MP sent a survey to the residents of Lutterworth and the surrounding villages – over 2,000 surveys were received back with 97% of respondents supporting Mr Costa’s call to have the plans called-in to the Secretary of State.

Alberto requested a call-in of the planning application from Leicestershire County Council following local concerns raised over the downgrading of a new bypass road, the proposals to build new homes next to high voltage pylons and plans to construct a new logistics park as part of the development.

Alberto said, “I am of course extremely disappointed with the Secretary of State’s decision in this case. My constituents have spoken loud and clear in their opposition to elements of the Lutterworth East plans; and while many of us will agree that more houses need to be built for local people, questions will remain as to whether Lutterworth East can truly be classed as a flagship development, as presently being touted by Leicestershire Council.

With homes being built close to high voltage electricity pylons and yet more space for logistics businesses, just a mile away from Europe’s largest logistics park, I would encourage the County Council to think long and hard about these plans and honour their promises to me and the people of South Leicestershire in reviewing the problematic elements of the Lutterworth East proposal”.

Alberto added, “I am always in favour of appropriate development, however developers, including local authorities, must ensure that the views of local people are listened to and acted upon. Far too many developers think they can provide a consultation as a means of ticking a box without actually taking on board the views of local residents. The survey my office sent to residents last year was a clear indication of the strength of feeling my constituents have over these plans, and I would invite senior Councillors and Officers from the County Council to meet with me at the proposed Lutterworth East site to inform me as to the action they will be taking to address resident’s concerns”.