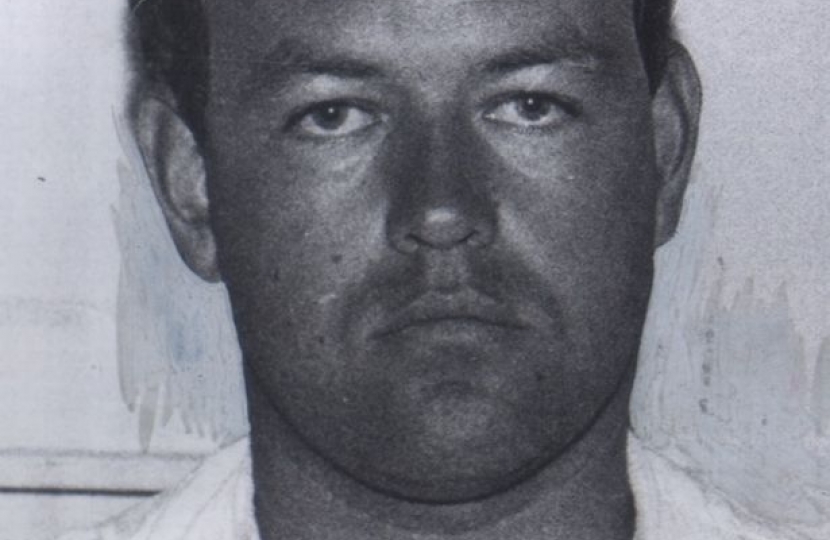 South Leicestershire MP, Alberto Costa, has said he is ‘deeply diasppointed’ by the decision to release the convicted child-rapist and killer Colin Pitchfork after the Parole Board rejected a challenge by the Government to halt his release.

Alberto, who represents the South Leicestershire constituency where Lynda Mann and Dawn Ashworth were brutally raped and murdered in 1983 and 1986, respectively, has led a campaign to oppose Pitchfork’s release and had ‘pleaded’ with the Justice Secretary to intervene and demand that the Parole Board reconsider their decision.

The MP was successful in lobbying the Government to challenge the Parole Board’s initial decision to release the convicted child-killer under the ‘reconsideration mechanism’ that allows parole decisions to be formally reviewed if the decision to release a prisoner was viewed to be irrational or unreasonable.

However, the Parole Board for England and Wales have today announced the conclusion of a judge-led review of their initial decision, and have rejected the Government’s challenge, meaning Colin Pitchfork will now be released from prison.

Alberto said, “I am deeply disappointed by the Parole Board’s decision today to refuse the Government’s challenge against the release of the convicted double child-rapist and killer Colin Pitchfork. I have done all I can to oppose Pitchfork’s release, a man convicted of the most heinous crimes and whom ended the lives of teenagers Lynda Mann and Dawn Ashworth in the most unspeakable way”.

Alberto added, “My constituents have had their views and understandable concerns heard at the very highest levels of Government, however, like me, I know many will remain greatly dissatisfied with the Parole Board’s decision. My thoughts are with the families and friends of Lynda and Dawn at this most difficult time”.